Fiery Blood is an item which allows for the creation of an upgraded Iron Ingot known as the Fiery Ingot. This is currently Fiery Blood's sole use in crafting or otherwise. Fiery Blood can only be obtained by defeating a Hydra found in a Hydra Lair in the Twilight Forest. Fiery Blood imbues Iron Ingots with innate magic, and anything that is crafted with these Fiery Ingots will have innate enchantments specific to its category: the armor has Fiery Aura II and the various tools have Fire Aspect on the sword and Auto-Smelting on the pickaxe.

As only about 8-12 Fiery Blood drop per Hydra kill and due to the difficulty in both finding and killing a Hydra with or without a Magic Map and high-level tools, Fiery Blood is very valuable, especially as it allows the Fiery Armor to have the same protection rating as that of a suit of Diamond Armor. 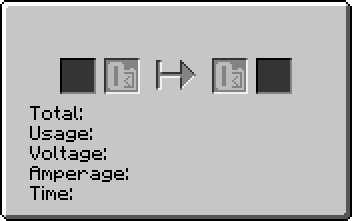 Fiery Blood (Twilight Forest) can be used to create the following items:

This page was last modified on 31 January 2020, at 15:44.
Content is available under Creative Commons BY-NC-SA 3.0 unless otherwise noted.