Ore Generation in GregTech 5 is very different from normal.
First, all ores from GregTech 5 are not normal blocks but Tile Entities. This means that this block can store additional NBT-data. In this case only the data about whether this block was generated here in the first place or it was already mined and then placed by player or any machine. This data is used by the automatic miners added by this mod to prevent ore duplication. Also all these blocks look like Stone from vanilla Minecraft unless any of their sides is exposed to air. This will cause them to generate their actual texture. This is done to prevent lags upon the world generation. This also makes mods like X-Ray completely useless when searching for particular ores as they will all look the same.
Next, GregTech 5 disables generation of all vanilla ores. This mod does not disable generation of ores from other mods, but it is advised to disable the generation of these ores manually as they are likely duplicates of the ores from GregTech 5, which usually ruins the ore generation balance for such ores.
The ores in GregTech 5 can be divided in 2 types: Small Ores and Ore Mix Veins. 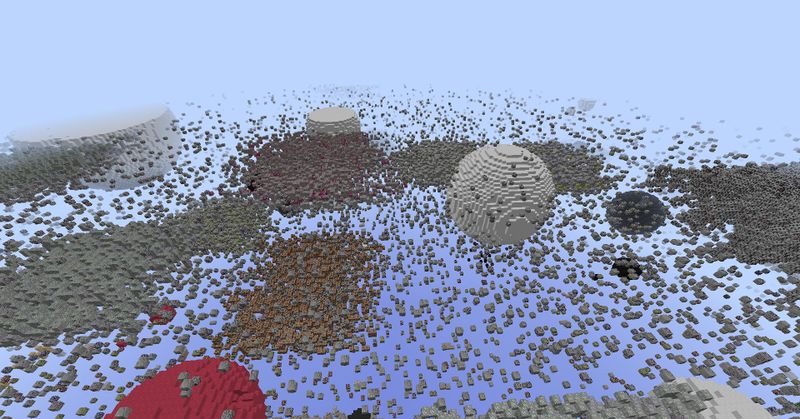 These ores generate in single blocks. They do not have veins. These ores are not supposed to be the main source of materials, but they are essential in the early game as they contains some materials not available otherwise on current stage of progress, f.e. Zinc is only available in Small Ore before the player advances to MV age. Also the mining level of these ores is 1 below the mining level of normal ores. This is useful as some of the ores require a pickaxe made of the material which cannot be obtained by the player, so in some cases only small ores can be mined before the player has a better pickaxe.
Small ores do not drop themselves when mined. They drop Crushed Ore, Impure Pile of Dust, Dust of material and/or Dust of the stone type they were found in. Small ores of gems can also drop different sizes of gem they are related to, but the chance for this is minimal. Usually 1-2 of the items described above are dropped from 1 block. Silk Touch does not work on these blocks.

All available Small Ores can be found in the table below.

Sulfur generates differently in Overworld and in Nether.
The less Rarity value is, the rare the ore is.

Ore Mix Vein is a huge ore vein which contains several hundreds of ore blocks of 1 to 4 types. Most resources the player gathers comes from such veins. These ores are not intended to be mined fully when found, they are intended to be mined when needed until they are depleted.
Due to the enormous size of Ore Mix Veins they generate differently from normal ores.

The ore mix veins can dig into each other or generate partially one above the other. This usually happens when in the center chunks the blocks are chosen very close to the chunk border, so big ore mixes occupy the side chunk fully and sometimes the chunk after the side chunk also has 2-3 blocks of this ore mix. If the other big ore mix generates the same way, they dig into each other. 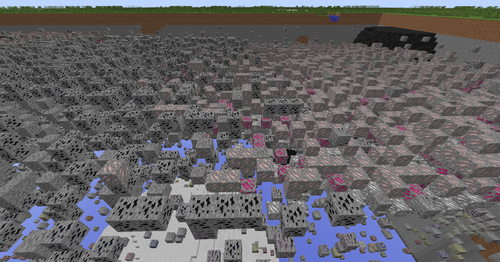 All available Ore Mix Veins can be found in the table below.

This page was last modified on 11 April 2018, at 12:39.
Content is available under Creative Commons BY-NC-SA 3.0 unless otherwise noted.