Carbon Cells are a type of cell introduced in GregTech 4.

It is produced as a byproduct of putting Rubber Wood in an Industrial Centrifuge. It can also be produced by placing various organic compounds through an Industrial Electrolyzer, such as Sugar, Coal Dust, and Ash.

It can be used in the production of Carbon Plate through Raw Carbon Fibre. Note that in crafting this, the tin used in the Cells is lost, making this method much more expensive than using coal dust, unless you are using Electric Craftingtable which preserves cells at the cost of EU. It can also be used to make other kinds of cells, such as Methane Cells, Calcium Carbonate Cells, and Glyceryl Cells. 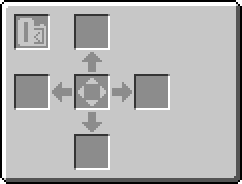 This page was last modified on 10 January 2021, at 13:29.
Content is available under Creative Commons BY-NC-SA 3.0 unless otherwise noted.