Allows constructing robots and other devices from a number of different computer parts. 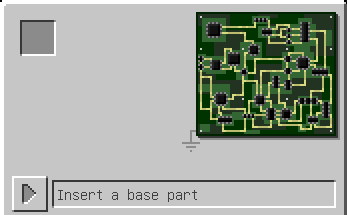 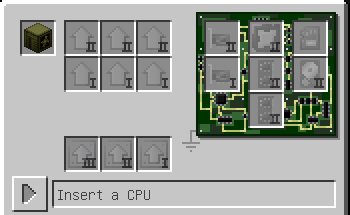 A Computer Case (Tier 2) is being used as the base part in this image. The slots on the bottom left of the interface take Upgrade Containers, while those on the top left take Robot Upgrades. The slots with a circuitboard background correspond to those in the Computer Case (or "base part"). Slots have Roman numerals to indicate the highest Tier of component that can be inserted there. Until a CPU is added, the complexity that is able to be built cannot be determined. 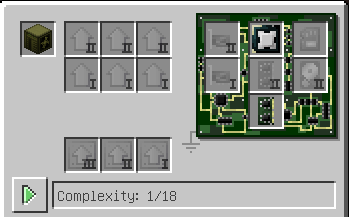 Once a Central Processing Unit (CPU) and Memory (RAM) is installed, complexity is calculated.

While the complexity is below the calculated limit the electronics can be assembled by pressing the green arrow. Assembly takes some time.

Which items can be put into a case is determined by the case type - for example, the microcontroller can take a Battery Upgrade, but not an Inventory Upgrade; it can take an Internet Card but not a Graphics Card.

Electronics Assembler has no known uses in crafting.

This page was last modified on 27 September 2017, at 22:37.
Content is available under Creative Commons BY-NC-SA 3.0 unless otherwise noted.