Draconic Sword is a weapon item added by the Draconic Evolution mod. It is an upgrade of the Sword of the Wyvern. It is powered with Redstone Flux energy. The sword is only effective when it holds a charge and it is able to store up to 10,000,000 RF. On top of the properties of a Draconic Sword, it also adds 40 attack damage + another 20% of the mob's health in attack damage. It has an AOE (Area of Effect) with a 7x7 size in which the attack will affect mobs. This means that attacking a mob will cause damage to all mobs in a 7x7 area. This sword is also the easiest way to obtain the reaper enchantment. Simply put it in a vanilla Enchantment Table and spend 30 XP levels, and within a few tries you should get the Reaper enchantment. Also, just like most Draconic Evolution items, it has a configuration tab, in which you can add or remove enchantments. The Draconic Sword can also be upgraded by combining it with a Draconic Pickaxe and a Draconic Shovel to create the Draconic Staff of Power.

This item has no configurable options. 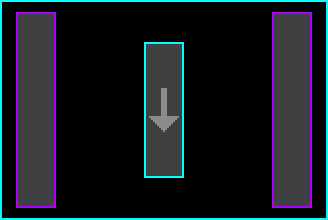 Draconic Sword can be used to create the following items:
Categories:
Hidden category:

This page was last modified on 23 April 2020, at 18:03.
Content is available under Creative Commons BY-NC-SA 3.0 unless otherwise noted.