Broken Spawner is an item added by the EnderIO mod. It drops when the player breaks a spawner. It can be placed in the world but will not spawn any mobs. All broken spawners retain the identity of the originally spawn mob. 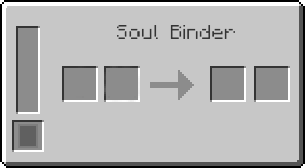 This page was last modified on 5 January 2018, at 21:32.
Content is available under Creative Commons BY-NC-SA 3.0 unless otherwise noted.